Well, it's getting to be springtime in Vancouver slowly - ever so slowly. They're gutting the atrocity across the street to make it purdy for the summer I guess. It's amazing how ugly a building can be. My mother wanted me to post this picture because in another one of my links to Flickr she says that I depicted her house as being too ramshackle and trashy looking. I guess she's more worried about how the house looks than I thought. Or at least I did at the time cause it seems to me that if she cared that much about it, then it wouldn't have looked that way when I took the picture. Then she sent me this picture

I grew up in this house and everyone I know likes this house, but to me it's a bit ramshakly, there's no getting around it no matter how you take the picture- (esp. when you take one using a flash at night with the burnt coffee pot there and the mackinaw wood-gathering jacket hanging in the background.) there's going to be an element of "shack" in there somewhere and I wouldn't have it any other way.
Posted by two-way at 10:48 AM 10 comments:

hi its me looking photoshopped in maui.
Posted by two-way at 9:16 AM 2 comments:

My friend gave me a vast cast iron frying pan- and the story goes like this: The pan was put on the stove where it was covered in oil and heated.

While this was happening I rustled up two eggs, half an expired onion, some smoked wild coho, and this tin (also a gift) of highly regarded and coveted rare cheddar cheese imported from the Washington State University cheese labs- no shit.

The label assured me that I can trust Jessica at the Washington State University to make my cheese gifts for me. I briefly imagine Jessica. Who would go to university to make cheese? I don't know why, but I imagine a young asian woman with a shower cap on, sealing my cheese tin as if it contained a rare cancer drug.

The label is as obscure as the concept. Do they care if anyone buys the cheese? Is it a social experiment? Anyway it's delicious and strong and buttery so let em give phd's in cheesology just so I can make omlettes, because by now, let's face it, thats is where this post is going-

A little beating of the eggs and chopping-up of the rest of the stuff... In case you didn't notice, the eggs are organic, omega3, super eggs. 6 bucks a doz unless you rescue two from the garbage like I did.

Now... the whole creation just settles into that sweet stadium of a frying pan and bathes in it's even heat. Cause when were talking cast iron, were talking even and were talking heat. Note the low setting on the gas. Thats what i mean by even, thats what I mean by heat. 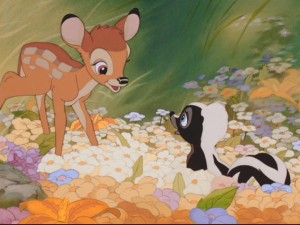 At about 1am in the morning the other night, our house got stink bombed by skunks who were living in the crawlspace underneath. The odor took about 30 seconds to completely engulf the house and drive us from it retching and gagging. The smell is so terrible you can't imagine. It's like imagine that someone farts right into or inside your nose and forces you to smell it and then just keeps eternally farting in your face so that each time you breathe to get air you're just taking in more stench and you feel like you're going to drown in stink. That's kind of what this was like. Not only that, but unlike general stink which just roils around and then goes away as the particles are carried away by the air, skunk musk oils are carried everywhere by the air and then settle and adhere to surfaces so that the stench keeps on giving day after day, reminding you that you live inside a skunks rear end and that all your stuff is tainted with it's musk. We ended up going to the Nam (the only restaurant open) and eating miso fries and drinking tea in the corner because we stunk like skunks. The worst part is that was over a week ago and our house still stinks and the skunk is still down there laughing at us. I was coming home from work the other night and I saw the skunk, skunking around the outside of the house. When it saw me it darted back underneath probably to birth spawn with musk sacs of their own to spray me with. Something has to be done!
Posted by two-way at 1:51 PM 6 comments:

Being Healthy is work!

OK, I've been bagging groceries like a madman lately. And maybe it's driving me mad. It's the post-Christmas eating depression season. At my work we have a lot of healthy food and healthy people who come through wanting to stay that way. I realize that people obsess over food and health more and more as they get older - myself included. It goes without saying I guess. Occasionally though, a health nut will pass through my register with a kid in tow going off on some tear about, "sugar" and "how candy will kill you" etc... I can understand the will not to have your kid bloat up and contract diabetes before 20 but, really, there's probably more sugar in Phad Thai than a coupla pieces of licorice. I mean, just cause you can't stomach the thought of eating candy, it's no crime to let a kid walk on the wild side from time to time is it? Don't worry - the child's probably going to outlive you even if they are bit unhealthy. That's my opinion at least, but according to the news reports children are all too fat now. Too much nutrition. Too many calories. Too much xbox. Not enough soccer, flax, and beet greens. Not enough piano practice, goats milk, and Colgrabi/quinoa stews! Too much Lexus, Kokanee, and Henessee. Too many text messages, cheese doodles, and you tube. Not enough Harrowsmith, engevita yeast and "pro-ganic" baby food! Well... I may have spawn of my own one day and find myself eating crow, but if I do have children one day, this blog or any of the diatribe therein will probably have been deleted or long since abandoned. Being healthy is so complicated.
Posted by two-way at 3:48 PM 7 comments: I've just beamed down.JPG
Originally uploaded by 2-way.
Well. I was in Maui, Hawaii for my grandma's 99th birthday recently. It was fun. She seems to be doing fairly well all things considered. My auntie threw a big party for her and she seemed pretty happy for most of the night. Basically, I've just put some pictures here to prove that I actually was there. The ocean was big blue and beautiful as always and the temperature was around 27 degreess the whole time so it was a nice respite from the cold climes of Vancouver. Me and my mother went walking through this park on the less inhabited part of the island where there were some relatively "fresh" lava rock fields. Pretty nice stuff if you can swing it. Thank god for jet travel
Posted by two-way at 5:17 PM 6 comments: