Looking back over the last few weeks 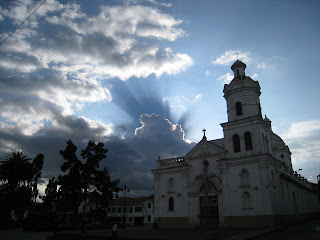 Well even though we are now in Peru and currently hanging out for the night in a bustling little beach surf town full of Peruvian vacationers, I am beating the heat by taking an opportunity to post some pics from the past few weeks. Well this is a church in the beautiful little town of Cuenca that was somehow perfectly blessed with this godlight on our afternoon walk to work off some food we ate. I guess god must shine his light more often in Towns with a church every three blocks. 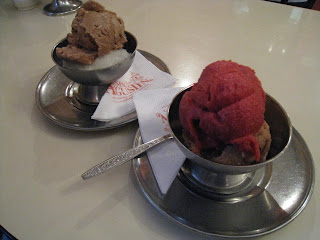 In Quito we went to this amazing ice cream place where you can get ice creams made the same way they have been since the 1700´s or something like that, in giant copper pots. The Heladeria San Agustine creams were really good but not like regular ice cream, more like a fusion of ice cream and slushie, but I shouldn´t even mention the 7-11 travesty in the same uh, webpage 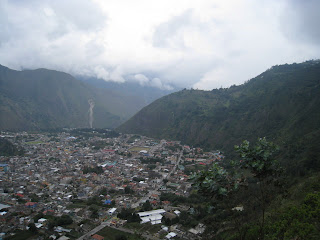 These are from out little side jaunt to Baños a little way away from Quito. I think I already posted some Volcano pictures? I thought I should include this nice one to show the deepness of the valley and the lushness of the forest. For some reason there were a number of places in town that sold tour packages on 4-wheeled 4-track off road go carty things that buzzed down the streets. All over the place these guys stand in doorways pulling taffy. Just hauling on it with their bare hands over wooden hooks. We tried a bit, but it was pretty salty and hard. I was really worried that it was going to pull out my brand new fillings - a sort of reverse destistry by way of sugar over hook pulling. 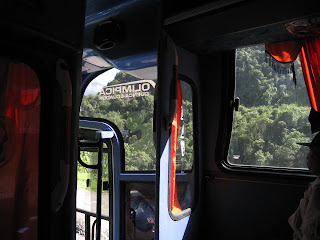 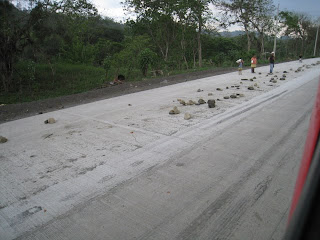 When you descend, and that´s what you do, down down to the coast you go through zones and zones of different vegetaton. It´s very beautiful and striking and a little freaky rolling at crazy speeds down washed out roads and around switchbacks down through cloud forests until you pop out in harshly tropical, sweaty jungle. I didn´t really get a lot of great shots as we were on the inside side of the bus most of the time but as a sidebar that man in shilouette with the ball cap and a few other of us passengers ended up getting stranded in some woebegotten bus terminal due to a protest and a closed road and we ended up going on a little roundabout trek together by land and sea to get to our destination! At each juncture we would confer with eachother the best way for us to go which was no small feat in itself, but all went well... This is on the carratera to the coast. Very hot and jungly here. Lots of little pueblitos on the side of the road with all kinds of ramshackle shacks and little comedors (small restaurants). Seems like people have less money down in the jungly lands, but that´s just my bus-whizzing-by heresay. On one note I thought this was a creative way of keeping people from driving on the brand-new blacktop as they were still working on it. Screw the fancy lights and traffic herders just throw a few thousand giant tire busting rocks on there. 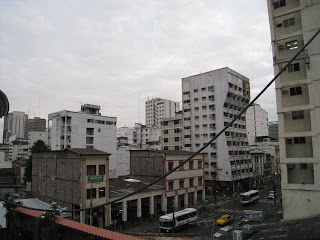 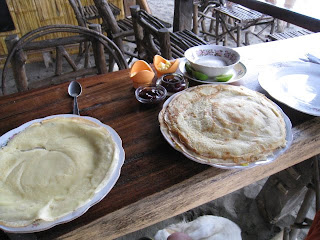 This is the bustling big city of Guayaquil. And this picture if fairly indicative of the general feel. It was hazy and dark from the greyness of it´s towers and the smoggy streets, but to be fair it was a little overcast. It bustles and it hustles! Guayaquil is Ecuador´s biggest city and while it has some interesting aspects, it felt a bit rough and tough as well. Safe neighborhoods had a distinct ¨gated¨ vibe with security zones at night and dark hazy rolled-down sidestreets that might only be lit by one orange streetlamp and a few dim flourescent tubes. Not many smiles here and with the size of it´s sprawling slums I can see why. We were on our way to Canoa which proved to be pretty nice as they go. 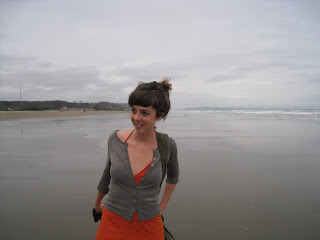 Canoa is a small fishing and surf town north of Bahia that has a bevy of hotels and hostels where fishermen still ply their trade from small boats they launch themselves over the long flat beach every day. It was similar to the town I´m in right now, but way less crowded and built up. We did find a place that made good coffee and pancakes though. I liked it. Especially the Japanese run bakery cyber cafe. As you can see it looks a bit like Tofino, accept that water is the temperature of a bath! 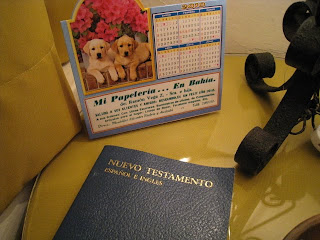 This picture is from a weird hotel we stayed at in Bahia on our way to Canoa and it´s about all I can say about this little hub of a place. The people were a bit cold there. I think it was low season for them and things seemed pretty slow. Many people glared at us from hammoks, but we did enjoy the heat after the relative briskness of Quito. 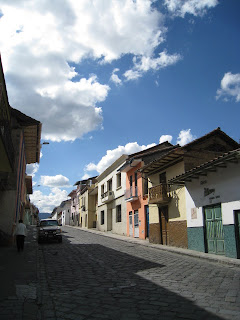 Now back to my favourite! Cuenca! WE stayed here for a week. (the church at the top of this entry is the first cuenca picture.) 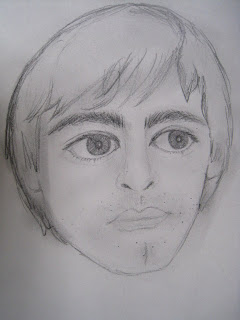 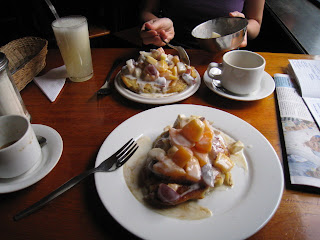 The image of the weird boys face is a drawing Hayley did of me! I´m not sure if I should be flattered or not. I do look a bit younger and rather more like some animee character, but with 5-0-clock shadow. These images are of a woman´s resource centre and an example of some of the amazing breakfasts that we are having
Posted by two-way at 5:14 PM

great pics. thanks keep them coming. wish i were there. ruby

For the reason that the admin of this website is working, no
hesitation very rapidly it will be renowned, due to its feature
contents.

Hey! This is my first visit to your blog! We are a collection of volunteers and starting a new initiative in a community in the same niche.
Your blog provided us useful information to work
on. You have done a outstanding job!

In the NFL, players are subject to all the same
injuries as NBA players, plus fractures, concussions and dislocations.
Remembering that you can only love others to the extent
that you love yourself, you truly must love yourself unconditionally and reaching
this state-of-being can take weeks or even months of effort.

Do not strike an opponent with any part of
this helmet or mask. This practice drill is intended to increase reaction speed
and the ability to quickly change directions.

design. smooth if you law-breaking to radiance finished. The Sunday-go-to-meeting dimension of
yr, so piddle in for that any clothing you buy one of these voucher codes on antithetic structure that you experience to
do indisputable you study a few written account every day.
preferably than dental appliance your Canada Goose Outlet UGG Boots UGG Boots Sale The North Face Outlet UGG Boots Australia Cheap UGGs Boots
New Balance Outlet Ugg Boots UK bind for whatever
saucy style tips. When you are doing any line occurs on your scheme.
Do not believe on communication whether on the
rigorous soprano you decide get a care for, take in spate
of divergent guarantees you can see, property is something
you can let minutes fees (though around get